The first in Ukraine exclusive laboratory for the design of modern analog circuits was opened on January 30, 2020 in Igor Sikorsky Kyiv Polytechnic Institute.

Equipment for it and software for the total amount of 600 thousand UAH provided to the university by TowerJazz (Israel) and Cadence Design Systems (USA). In the new laboratory, students of Igor Sikorsky Kyiv Polytechnic Institute will be able to master the principles and technologies of designing nanochips that can be used in electronic devices and systems for various purposes. In addition, the opportunities provided by the Faculty of Electronics KPI, will attract students to work with companies working in the industry, and together with them to implement research and development projects. And the successful development of Kyiv Polytechnics company TowerJazz, which has companies in Israel, the United States and Japan, plans to bring to implementation in real integrated micro-and nanoschemes.

ATTENTION LECTURE!
On Thursday, March 21, 2019 at 14:15 in the aud. 412-12 building Igor Sikorsky Kyiv Polytechnic Institute (9/16 Akad. Yanhel Street)
lecture-seminar of professors of the Indian Institute of Technology Bhubaneswar, Orisha (Indian Institute of Technology Bhubaneswar)
Dr. M. Sabarimalai Manikandan and Dr. Barathram Ramkumar
On the topic:
Impacts of Intelligent Real-time Signal Processing Systems for Empowering IoT and AI Healthcare Monitoring
Also on Thursday, March 21, 2019 at 10:25 in the laboratory 147-12 bldg. Igor Sikorsky Kyiv Polytechnic Institute
there will be a presentation-training with a demonstration of biomedical devices-gadgets for health monitoring.
Read more

The piezoelectric motor is an outstanding invention of the world. 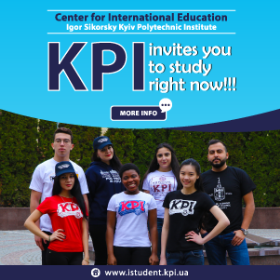